Hampi Temples In Bellary – Most Famous Historical Place In Karnataka

Hampi is a small yet beautiful temple town bounded by the intriguing historical ruins of Vijayanagara city in the state of Karnataka. It is located on the banks of the River Tungabhadra, Hampi is one of the most famous historical places in Karnataka under UNESCO in the year 1986, owing to its historical significance. It is also called as the ‘City of Ruins’. This dreamworld made of monoliths, boulders, and ruins of ancient edifices is a delight for visitors and thus is considered among best places to visit in Karnataka.

The presence of several ancient temples at a single place making it a sacred place. The reins of the Hampi temples and monuments which were built during the Vijayanagar Empire period in the Medieval Ages still exist since the 13th century. As a tourist or traveler, you find much to explore religion and history here. Besides knowing the golden history of this region, you come across many temples which are architectural wonders from the past era.

The  Most Famous Temples in Hampi 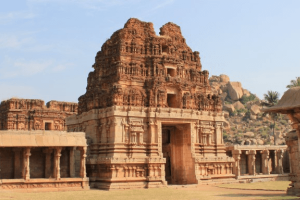 The Achyutaraya Temple also known as the Tiruvengalanatha Temple is one of the major temples in Hampi built in 1534 AD, during the Vijayanagara empire. Sandwiched between Gandhamadana and Matanga hills, It was built in honor of lord Tiruvengalanatha, a form of Lord Shiva. Featuring modern architecture, many carvings are seen on walls, pillars, and monolith blocks of the temple which depict mythological legends. While the temple is in ruins, it does not fail in grandiosity and its magnificence even today. 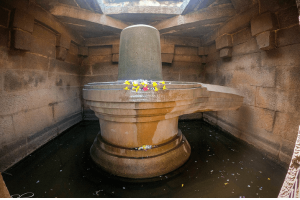 Check Out, Best Waterfall For One Day Picnic Near Bangalore.., Top 5 Must-Visit Waterfalls 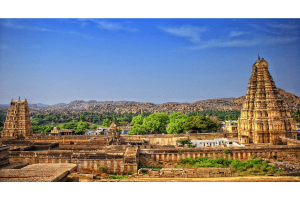 The Virupaksha temple or Prasanna Virupaksha temple was built during the 7th century. Located on the banks of the Tungabhadra river at Hampi, A UNESCO World Heritage site, the temple is abode to Virupaksha, another form of Shiva. Constructed by Lakkana Dandesha’s assistance under King Deva Raya II, this temple of Hampi is a haven for architecture enthusiasts. Adorned with the carvings of Shiva and Vishnu , the walls of this temple depict mythological representations from the epics ‘Ramayana’ and ‘Mahabharata’. 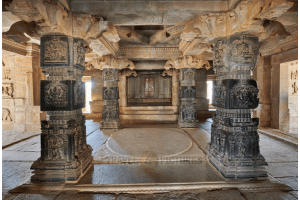 Hazara Rama Temple in Hampi is an important shrine in Hampi.It is located in Hampi. This beautiful place of worship dedicated to Lord Rama. A World Heritage monument, its intricate carvings of gods and goddesses attract tourists from all over the world. It was once the private temple of the kings and the royal family of Vijayanagara. The temple is famous for the lovely bas relics and panels depicting the story of the epic Ramayana. 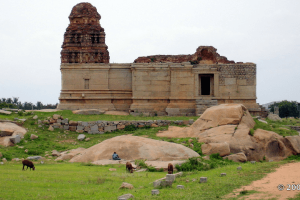 Saraswati Temple is an ancient temple located in Hampi. It is not in a very good condition but still holds its old world charm. The sanctum and the pavilions of the temple are in better condition in comparison to the rest of the structure. The terracotta made stucco figures which were once the charm of the architecture of the temple are now losing their charm. They are almost in ruins. Beautiful carvings can still be seen on the pillars.

The various interesting places to visit in Hampi see a perennial influx of families, history-buffs, and photography enthusiasts. The stone temples and ruins are a memory of the affluent history and culture of the place. Hampi is one of the historical tourist destination in karnataka. The old medieval ruins including ancient temples are worth visiting at least once in a lifetime. For your getaway in Hampi, do keep these temples in your itinerary to ensure a memorable travel experience.

Best Places To Visit In Coorg, Scotland Of India - An Amazing Holiday Destination In Karnataka

Beautiful Places To Visit In Pune For Couples